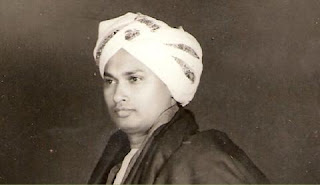 Biruduraju Ramaraju was the first PhD scholar from Osmania University in folklore studies.

In 1995, the Government of India honored him with the distinction of a ‘National Research Professor’ for his service to literature.

This award was also bestowed upon Prof. Yash pal for science, the late Bharat Ratnas Ustad Bismillah Khan for Hindustani Music and M.S.Subbulakshmi for her contribution to Carnatic Music. Prof. Raju belonged to that league of highly eminent figures.

Not many a scholar in contemporary culture scene could claim authority over the pan-Indian, Sanskritic tradition and the , local, folk tradition with equal felicity and competence. This is the accomplishment of Biruduraju Rama Raju

He completed primary education at Devanoor and Madikonda, on the outskirts of Hanamkonda. For his higher education he had to walk 14 km to and from Hanamkonda for about eight years.

He took part in the meetings organised by youth leaders of the time like Kaloji Narayana Rao, P.V. Narasimha Rao, T. Hayagreeva Chari and M. S. Rajalingam. He came into contact with leaders of the Arya Samaj, Andhra Mahasabha in Warangal and under their influence he was actively involved in politics for a while.

Prof Rama Raju completed his graduation from Nizam College and postgraduation in Telugu from Osmania University in 1951. Dr. C. Narayana Reddy and Rama Raju were known as the duo of ‘Rama Naryana poets.'

His was the first thesis on Folk Literature in South India that was awarded a doctorate in 1956. He joined the Osmania University in 1952. Journeying through the length and breadth of the country he collected innumerable Sanskrit and Telugu palm leaf manuscripts. The hitherto unpublished manuscripts were brought to light with elaborate prefaces by him. In his pioneering work, Contribution of Telangana to Sanskrit Literature, he re-wrote the literary history of Sanskrit bringing into focus the many neglected writers and their poetic works. The contribution of 34 hitherto unknown poets was recorded by him in his significant work, Charitrakekkani Charitatarthulu .

He also wrote about twelve works concerning the lore and legends of important places.

In days when universities stuck to hollow rhetoric and academic snobbery looked down upon every other area of study as inferior, Rama Raju dared to do a PhD in folklore studies. His proposal to do the same became a subject of mockery and was rejected outright, wasting a precious year of his active academic life. But persistence pays and Rama Raju’s study was not only Osmania University’s first ever PhD in Telugu language and literature, but he also created history by becoming the first PhD in folklore studies in the whole of South India.

His doctoral dissertation ‘Janapada Geya Sahityamu’, published in 1955 continues to be the Bible for all those interested in Telugu Folklore studies. Years later he served as the Dean of studies and Head of the same Telugu department, which had rejected his Ph.D proposal. But who was Rama Raju and why is it important to remember his story in the current times?

Biruduraju Rama Raju was the oldest child of the house. As a young student of matriculation during the independence movement, he volunteered for Mahatma Gandhi during his visit to Telangana in 1946. He was jailed for participating in the Congress Satyagraha movement in 1947. With the sudden demise of his father the same year, he not only got the responsibility of the family on his shoulders, but also lost out on his dream of going to the prestigious London school of Economics. Not discouraged by this, he relentlessly pursued his academic interests in his home state.

He refused a parliamentary seat after winning the election as a Congressman in 1952, to pursue his literary and academic interests in promoting folklore studies. He interacted with the literary greats of the time and actively participated in nurturing a literary culture in the state.

For the very first time he translated the works of writers like Sharat Chandra Chatterjee and Munshi Premchand into Telugu and introduced them to the literature lovers of the region. He was one of the patrons of the now non-existent Telangana Sahitya Akademi. Having lived and worked in the erstwhile Nizam’s state, Prof. Raju had a mastery over Urdu. He chased his interests by publishing a book ‘Murarram folk songs in Telugu’ and further became the first person to edit the first ever Urdu-Telugu Dictionary. He took an active interest in dramatics and even played the lead role in ‘Hamlet’ in 1957.

His long and close association with fellow-strugglers from the same Telangana region, revolutionary poets like Kaloji Narayan Rao, veteran dancers like Nataraja Ramakrishna and the former Prime Minister P.V.Narasimha Rao trails the history of the growth and development of Telugu Literature. One tends to forget that PV Narasimha Rao was a well-established littérateur before he got into active politics. It was Prof. Raju who stood like a backbone to support him in all his literary matters but stayed far and estranged during his political career.

Prof. Raju’s fascination for old palm leaf manuscripts started in 1953 when he saw a huge sack full of them lying unattended to in the house of a poor priest who could not afford their maintenance. Soon he did an M.A. and got a PhD in Sanskrit and published his dissertation as a book titled ‘Contribution of Andhras to Sanskrit Literature’. This seminal work, like none before, introduced, for the first time, over three hundred lesser known scholars and poets from Telugu speaking regions who have made an immense contribution to Sanskrit literature.

Prof. Raju collected hundreds of rare manuscripts and generously donated them to various libraries across the country. On one occasion when senior writer Dr.R.N.Dandekar, known for his pomp and rigid behaviour, traveled all the way to visit Prof. Raju, just to have a look at his manuscript collection and bow down in reverence, it created news for the day in academic and literary circles across the country.

Being a contemporary of the great A.K.Ramanujam, Javare Gowda and H.M.Nayak of Mysore, P.D.Goswami of Assam, Shankar Sengupta of Calcutta and Pushkar Chandavarkar of Gujrat, Prof. Raju was instrumental in introducing folklore studies as a discipline in the universities of these regions. He was associated with over fifty universities from Kashmir to Kanyakumari where he traveled as a visiting professor. As an Emeritus Professor with Osmania University and later the University Grants Commission, he toured Russia and many other countries on various cultural exchange programmes.

Prof. Raju’s passion for research took on a new shade soon. On one of his research tours, he was highly bothered to see titles like ‘Saints of Maharashtra’, ‘Saints of Gujarat’ and so forth. On enquiry about the saints of Andhra region, he was snubbed by the response saying Andhra Pradesh had no saints, else someone would have surely written about them. This provoked Prof. Raju to embark on yet another phenomenal project. He utilized whatever grants he received as the National Research Professor to compile a half a dozen volumes on the ‘Saints of Andhra Pradesh’. This massive project was a pioneering effort and has helped scores of research scholars and literary enthusiasts over the decades.

Neglected by his erstwhile home state of Andhra Pradesh, Prof. Raju continued to pursue his interests in arts and literature till his dying day. Among the academic circles he was hailed as the ‘Godfather of Telugu Folklore Studies’. He passed away peacefully at his residence in Hyderabad on 8th February 2010. Having published over a hundred seminal research papers, forty books in over half a dozen languages and edited many more titles, mentored his students to become vice-chancellors of universities, Prof. Raju is now a forgotten figure. His large collection of lakhs of rare books, manuscripts and research papers has been donated to the C P Brown Memorial Library in Cuddapah in the Rayalseema region.

For all his lifetime work in the region and selfless service to folklore studies, Prof. Raju didn’t live to see the birth of the new Telangana State. And like in most cases, the State too conveniently forgot the contribution of this son of the soil. Over time, and a fading public memory, Prof. Raju remains a framed photograph in the corridors of Osmania University. He will be remembered as one of the founding father figures of post-independent India’s folklore academics.

The absence of any State initiative like a proper Sahitya Academy in Telangana or Andhra Pradesh reflects in the suffering of Telugu writers and literature. Most of Prof. Raju’s contemporaries are no more and the hard work they put in to bring about a literary and cultural awareness had faded out of public memory. The ones who came later took more to political lobbying and did less for literature or arts.

Figures like Prof. Raju didn’t belong to narrow political constructs of any State-driven politics. They effortlessly transcended these boundaries with their over encompassing knowledge. They worked for the greater common good. Born in Telangana, passionate about Telugu and whose life time work lies locked up in the dusty library shelves in Rayalseema, Prof. Raju’s literary spirit belonged to the whole region.

It is important for both the states of Telangana and Andhra Pradesh to acknowledge unsung heroes like Prof. Biruduraju Rama Raju. While it will install hope in the respective governments and highlight their responsibility towards artistes, it will give a new hope to young writers and scholars.

(Veejay Sai is an award-winning writer, editor and a culture critic. He writes extensively on Indian performing arts, cultural history, food and philosophy. He lives in New Delhi)