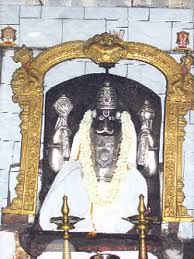 There are innumerable temples throughout the world where Lord Narasimha is worshipped in various forms such as Ugra-Narasimha, and Lakshmi-Narasimha. But, in Sundial Village he is worshipped as Yoga-Narasimha.

This temple was renovated by Kakatiyas in 13th Century

This temple is located at a distance of 5 kms from Godavarikhani Bus Station.