December 17, 2016
Sri Mallikarjuna Swamy temple of Lord Shiva is located about 2 km from the Odela village and 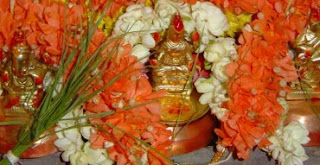 
The village is connected by rail and road. The village falls on the train route between Delhi and Chennai between the Kazipet and Balarshah divisions of Indian Railway. Daily there are three trips of government Bus which connects it to nearby small town Sultanabad, which falls on the state highway No 1 connecting the state capital Hyderabad and Ramagundam, known as Rajiv Rahadhari.

People of this village are mostly farmers, mainly cultivating paddy, corn and cotton.

History
Once upon a time in a dense forest a sage called Sri Pankaj Maha Muni lived and he used to offer prayers to the Shiva Lingam every night. There are inscriptions on the temple pillar which substantiates the story. As the time rolled by, the sage died and the Shiva Lingam that he worshipped was covered under the nests of ants. Some years later, a farmer by name Chinthakunta Odelu was tilling his land. His plough suddenly struck the Shivalingam. He took it out and constructed a temple around it.

Karimnagar (50 Km) is the nearest city to reach the temple. Karimnagar is connected to all the major cities of telangana. Odela railway station is 2.9 km and Kazipet Railway Junction is 60 km from the temple.