Jogulamba district is one of the 31 districts in the state of Telangana. Jogulamba was carved out of 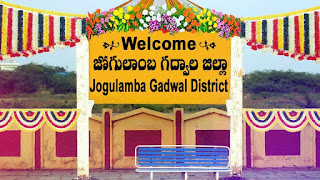 Mahbubnagar district and was made as a district on October 11, 2016.

This district has the lowest literacy rate of 49.87% in Telangana State.