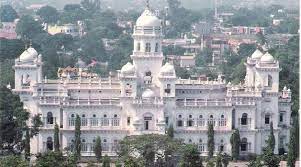 The name "Telangana" refers to the word Trilinga Desa, earned due to the presence of three ancient Shiva Temples at Kaleshwaram, Srisailam, and Draksharamam. A more historical reasoning is that during the reign of Nizams, the region was known as Telugu Angana to differentiate it from the areas where Marathi was spoken.

Telangana is bordered by the states of Maharashtra to the north and north west, Chhattisgarh to the north, Karnataka to the west, and Andhra Pradesh to the east and south.

Telangana Tourism
Telangana Culture
The region’s vast exposure to Persian tradition has long been a meeting place for diverse cultures by acting as a link between North and South of India.
GeographyTelangana is a state in India situated on the centre-south stretch of the Indian peninsula on the high Deccan Plateau. The terrain of Telangana region consists mostly of hills, mountain ranges, and thick dense forests covering an area of 27,292 km2 (10,538 sq mi).
State BordersMaharashtra to the north, Chhattisgarh to the east, Karnataka to the west, and Andhra Pradesh to the east and south.
Telangana Districts
Telangana is divided into 33 districts The districts are divided into 70 revenue divisions which are further divided into 584 mandals. It is the twelfth largest state and the twelfth-most populated state in India.
Geology
Telangana Rivers
Godavari and Krishna are the two main rivers which flows through this region and main sources for irrigation.
History
Timeline for History of Telangana
Telangana History is very rich and ancient. This region was ruled by Asmakas, Mauryas, Satavahanas, Ikshvakus, Abhiras or Abheeras, Vakatakas, Vishnukundins, Durjaya, Badami Chalukyas, Rashtrakutas, Vemulavada Chalukyas, Mudigonda Chalukyas, Western Chalukyas or Kalyani Chalukyas, Polavasa chiefs, Kanduru Cholas, Kakatiyas, Gonds of Adilabad, Khiljis, Musunuri Nayaks, Recherla Padmanayakas, Qutb Shahis, Mughals and Asaf Jahis.