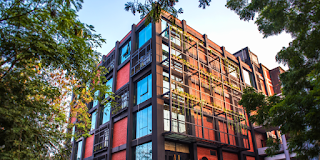 Gateway for innovation
T-Hub located in Gachibowli, Rangareddy District, Telangana, India is designed for technology related start-ups, and its mission is to catalyse the creation of one of the tightest and most vibrant entrepreneur communities in the world in order to encourage and fuel more start-up success stories in India.

T Hub is an incubator, but also a unique public-private partnership between the government of Telangana, IIIT-Hyderabad, ISB and NALSAR, and other private sector players.

No Indian government has attempted anything like T-Hub before, and Minister KTR’s gamble could be paying off.

The recently announced second phase of expansion bears testimony to its success. The facility, which will spread over 350,000 square feet,will receive an investment of Rs 180 crore and is likely to be open to entrepreneurs by mid-2018.

The facility will have about 1,000 startups along with other players of the ecosystem.

The Secretary also added that Niti Aayog CEO Amitabh Kant has evinced interest to share the cost of the project and the IT Minister had a meeting with Kant in this regard.

T-Hub embodies India’s startup ecosystem
Union Minister of Information Technology, Law & Justice, Ravi Shankar Prasad on Saturday appreciated the Telangana Government’s initiatives in developing the T-Hub and expressed confidence that such initiatives would make the City of Pearls, one of the top start-up cities of the world.

T-Hub clearly embodies what we believe — India’s start-up ecosystem. What the T-Hub has done for India is impressive and we hope to replicate it in other States,” the Union Minister said.
Odisha to set up startup park on the lines of T-Hub

KT Rama Rao said T-Hub was providing the best outputs alongside innovative ideas. “Impressed by this programme, Defence Minister Manohar Parrikar has given assurance to work with TS on some projects. Our startups are enjoying international exposure. Big companies like Cisco, Google, Microsoft, Amazon and others have tied up with startups at T-Hub and are funding innovations there,” he said.

Hyderabad’s T-Hub targets becoming one of the world’s largest startup ecosystems
Today,T-hub has India’s largest startup ecosystem under a single roof, with over 70,000 square feet of space. The infrastructure and the design are both futuristic and cutting edge. As you walk into this startup haven, you cannot help but feel the vibrancy and energy that the startups bring in.

T-Hub is not just an incubator which support startups through their journey, it is a startup which is creating a startup ecosystem in Hyderabad to make the city the startup capital of India.

The concept of T-Hub is this: where startups get access to infrastructure, networking opportunities, workshops and assistance from the senior management team of T-Hub, in return for a small monthly fee.

T-hub is also in the process of creating a technology-driven ‘Sandbox’, which is going to be the first-of-its-kind in the country.Startups will get access to supercomputers through this, which are otherwise available only at giant corporates.

T-Hub and CL Educate entered into an MoU to make innovation accessible to millions of youngsters who are working or studying in schools and colleges. Awareness, research, a technology-platform, a curriculum, access to mentors and funds are some of the benefits that will reach aspiring young entrepreneurship aspirants through this collaborative partnership.

T-hub is talk of the world, says KT Rama Rao

T-Hub has launched a new program T-Bridge at Silicon Valley in USA , that will connect Indian startups with global market opportunities, and help bring global startups to India.

Some of the startups housed in T-hub echoed management’ sentiment that T-hub is much more than just a physical space.

T-Hub is at the intersection of government, corporates, venture capitalists, research sector and startups.


“By 2014, our IIIT incubator had managed to create a startup culture in Hyderabad. In fact, many success stories like RedBus and Bookpad attributed to Bengaluru actually have roots in this city. But no one was bringing things together to take it to the next level. That’s what T-Hub does,” says Kollipara.

T-Hub is run by professionals with zero government intervention, and has to become financially sustainable on its own. No handholding by the government. If it fails, it fails. If the startups in the incubator cannot scale up, they will be weeded out.

Today, T-Hub supports 200 startups in the co-working space and guide 5 incubatees in which they have a stake.

A monument and a dream-team
The Catalyst building is a monument in itself. A five-storey creative ensemble by W Design Studio in Hyderabad, it is a high-energy, colourful and vibrant working space which is extremely agile and unorthodox. “It is a mix between the corporate world and college campus. The building had to be creative and inspirational, and suitable for low budgets and long-working hours put in by entrepreneurs,” says Gokul Krishna of W Design.

Firing up startups, the Hyderabadi way
“If you look at incubators in general, they are designed to fail because you are targeting a customer base which has a probability of 10% success. 90% of the startups across the world fail. Incubators don’t have the magic wand to make that any better. So we are not here to change that, but to tell the 90% to learn from their mistakes and come back and build a successful company,” Jay Krishnan explains.

Instead of trying to replicate Silicon Valley, T-Hub has chosen 6 key sectors from which they would incubate startups, and all of them were chosen based on the strengths of Hyderabad as a city. Health technology, agricultural technology, financial technology, transport and logistics, sustainability and social sector are their key areas.

For the startups incubated at the Hub, the partnership has catalyzed their growth immensely.

Mukesh Chandra, founder and CMO of fin-tech company Paymatrix which is incubated at T-Hub, recalls how the partnership threw doors open for them in the market. “We had a good idea and the technology, but not all banks and payment gateways were willing to work with us. There were some lingering doubts. But once we came on board T-Hub, they were confident,” says Chandra.

Paymatrix is a service which allows users to pay housing rent using their credit card and also helps them with rental documentation. In the near future, Paymatrix will also allow peer-to-peer lending as well. So if you are out of cash, you could borrow money from small lenders registered as non-banking financial companies for your rent through this service.

“The networking opportunities which T-Hub provided us helped us a lot. The senior management monitors us very closely, helps us leverage the brand of T-Hub. We have been able to crack better deals,” says Anusha Kurupathi Parambil, founder and CEO of Paymatrix.

Converting euphoria to substance
Yet, they still have a long way to go, says Jay Krishnan. “One of the problems with Indian startups is that they are not solving problems of India. Ecommerce was a big success in the US because it really was needed at that point. We have copy-pasted these ideas in India. T Hub faces the same problems too,” he says.

“Indian startups are more about euphoria and less about substance, and they just chase capital rather than being the next frontier in technology,” Jay Krishnan says. He adds that Indian startups also have a sense of entitlement: “They think they should get funding just because they have an idea.”