1325 AD – 1350 AD : Musunuri Nayaks were warrior clans, who were a part of the Kakatiya army which had regained Telangana in the year 1326. Prior to this, the Delhi Sultanate had occupied this area. Kaapaneedu and Musunuri Prolaneedu were known to be famous Musunuri Nayaks. 'Prolaya' and 'Kapaya' belonged to the Musunuri family, particularly to the clan of 'Durjaya'. 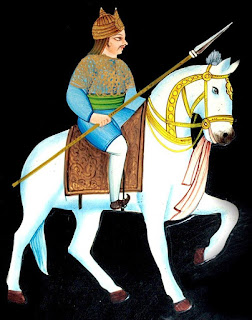 The Kakatiya kingdom of Pratapa Rudra was taken care of by 'Nayaks', who were the 75 warrior chieftains. They were known for their courage and their services, especially during times of emergency. Numerable Nayak chiefs were defeated and consequently had converted to the religion of Islam. However, some of these chiefs were also returned as governors. Bukka and Harihara were amongst such Nayak chiefs and they had founded the kingdom of Vijayanagara at the area of Hampi. In 1323, following the defeat of Warangal, the forts at Kolanuveedu, Kondapalli, Nellore, Nidadavole, Kondaveedu and Rajahmundry were captured by the Muslim armies. The kingdoms of Kampili, Hoysala and Madhura in Tamil Nadu were also included as territories of the Delhi Sultanate. Ulugh Khan occupied the Delhi throne after assuming the name of Muhammad Bin Tughlaq.

Kolani Rudradeva and Annaya Mantri were patriotic people who were capable of uniting the Nayak chieftains. The Nayaks were inspired to be united in order to safeguard the Hindu Dharma. They chose a valiant Nayak as their leader, who belonged to the region of Vengi which constitutes present-day Godavari district. His name was Musunuri Prolayanayak or 'Prolaaneedu; and he was known for being a bold warrior. Pochinayaka was the father of Prolayanayaka. Rajanayaka, Kammanayaka and Devanayaka were the three brothers of Prolaynayaka. Musunuri Kaapaaneedu was Devanayaka's son and was a confidante of Prolaya. Prolaya was also assisted by some of his cousins and played a significant role in uniting the Nayaks. Prolaya motivated the Nayaks to protect their Hindu Dharma. Vundi Vengabhupathi, Manchikonda Ganapatinayaka, Recherla Singamanayaka, Koppula Prolayanayaka and Addanki Vemareddy were some of the most illustrious Nayaks.

By the year 1326, Warangal was freed by the armies of the Nayaks after the Muslims were overthrown from their empire, in Telangana. Several inscriptions explained the victories of Prolaya. Prolaya's cousins reconstructed old temples, strengthened the forts, and offered rich gifts to Brahmins. They patronised literature and arts. The Musunuri Nayaks were said to have aided numerous rulers to attain freedom from the Delhi Sultanate. The Hoysala king had joined the Musunuri Nayaks in their efforts to liberate the region of Telangana and Warangal fort from the Muslim invaders.

The Recherla Vema Nayaks who were spearheaded by Singama had plundered Addanki, which was ruled by Vema Reddy. However, Singama could not achieve his goals since Vema Reddy, alongwith Kaapaya fought in unison against him. Kaapaya also helped the Bahmani ruler to thwart the attack planned by the Delhi Sultanate. In 1350, Telangana was again invaded by the Sultanate, this time by Alauddin Khilji. The Kaulas Fort was surrendered by Kaapaya's army to Khilji, finally.

In 1355, Alauddin Khilji attacked Telangana with a much larger army and conquered some forts, which involved Bhuvanagiri. Vinayaka Deva, the son of Kaapaya was sent to free the fort of Bhuvanagiri and Kaulas form the Muslims. He was being helped by Bukka Raya, the king of Vijayanagar. However, eventually he was killed in a disastrous manner. Mohammed Shah had attacked Telangana again and captured Warangal and Golconda. Kaapaya was compelled to offer the precious turquoise throne, along with a generous amount of tribute to Mohammed Shah.
http://www.indianetzone.com/68/musunuri_nayaks.htm