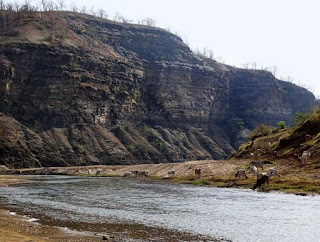 Peddavagu(Jagannadhapur) is a Medium Irrigation Project under construction near Jagannathpur (V), Kaghaznagar (M), Komaram Bheem Asifabad district. The scheme is intended to irrigate an ayacut of 15,000 acres.

The closure of Sirpur Paper Mills (SPM) at Kagaznagar town not only brought a great upheaval in the lives of about 5,000 of its workers and employees, but has also helped reduce water and air pollution in the area to a considerable extent.

Much cleaner water runs in the Peddavagu (large stream) now bringing relief to man and animal in the seven villages of Dahegaon and Bejjur mandals of Komaram Bheem Asifabad district which lie on its banks or close to it.

The SPM, where paper production started way back in 1942, was always accused of releasing effluents into the stream posing threat to cattle and other life forms. Paper production was suspended at the mill in October last owing to accumulated losses over the years.

Effluents released in the Peddavagu had played havoc in the area until a big hue and cry was raised by villagers following death of cattle over a decade ago. The SPM management did install the effluent treatment plant but there was no stopping of complaints, albeit muted, from villagers about the apparatus not being used.

“Many a time our cattle refused to drink water flowing in the stream. It was obvious that effluents had been released in it,” recalled Kammargaon sarpanch Madapa Srinivas.

The flow of clean water in Peddavagu also signifies a happy augury for the vulture colony resident on the Pala Rapu cliff on the banks of Peddavagu near Nandigam village in Bejjur mandal.

According to villagers scores of the scavenger birds had died in the past owing to consumption of polluted water caused by effluent discharge from the SPM.

The Forest Department, which has launched a vulture conservation programme, will shortly conduct a comparative study of pollution in Peddavagu as it has even samples of water before the SPM was closed.

“The study is essential as pollution can leave a lasting impact on wild animals and birds in the area,” observed Bejjur Forest Range Officer M. Ram Mohan.

Many a time our cattle refused to drink water flowing in the stream. It was obvious that effluents had been released into it.