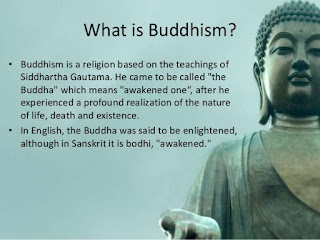 Badankurti village in Khanapur mandal of Nirmal district in Telangana State, India was explored and remnants of a Buddhist monastery were found on a small island of Godavari river near Badankurti.

Buddhism is believed to have first come to the South through through this island village in Godavari river in Telangana region where the boundaries of Adilabad, Nizamabad and Karimnagar district meet.

The famous marriage of shatavahana king Hala and Srilankan princess Lilavathi is believed to be occured near Badankurti. It is also known as saptha godavari region mentioned in the ancient books.

Badankurti is also famous for Dattatreya temple, which is a very rarest of its kind.it is also famous for Agricultural and milk production.It is in a very strategic location and three districts namely Adilabad, karimnagar and Nizamabad can be easily accessed from here.

JAC co-convenor Mallepalli Lakshmaiah was instrumental in drawing attention towards the historical importance of Badankurti.

A meeting was organised in this regard on the occasion of Buddha Jayanti that featured many important personalities from the region, who traced the history and depicted relevance of development of the site. Mr. Lakshmaiah recalled the legend of sage Bavari and his 16 disciples who had interacted with Buddha himself. Having been convinced of the tenets of that religion the sage too embraced Buddhism.

The JAC co-convenor also said there was a need for further study of the place by historians and archaeologists. He said development of a national monument of Buddhism was also needed simultaneously. MLC and well-known educationist Chukka Ramaiah suggested inculcation of the element of questioning among children. He said Buddhism was founded on the principle of questioning established tenets.